Home > School Life > How to Stop Bullying By Other Pupils

How to Stop Bullying By Other Pupils 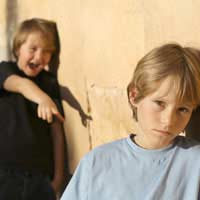 In 1999 all schools in the United Kingdom were required to implement an anti-bullying policy, but most research since then has confirmed that levels of school bullying have either remained the same or got worse. Unfortunately bullying by other pupils just won't seem to stop, even when schools try to tackle the problem head on. This often leaves pupils who are being bullied feeling frightened, frustrated and powerless.

If you are being bullied by other pupils at school, remember that you always have options for ending this harassment, but first you must take action against your tormentors.

What Is Bullying By Other Pupils?

Bullying by other pupils, also known as school bullying, occurs when other pupils harass you consistently and consciously. In other words, a bully knows what (s)he is doing, and does it often. Their actions may include:

What are the Effects of Being Bullied by Other Pupils?

No two people experience or react to bullying in the same way, but for most people it can make going to school a living nightmare. Those who are being bullied may:

What Can I Do to Stop Bullying By Other Pupils?

Whether you are being bullied by other pupils or you see other pupils bullying someone else at school, there is much you can do to change this situation. Remember that bullying almost never goes away by itself, and suffering through it is not the answer. Instead:Bullying can be a terrible ordeal and sometimes adults don't take it seriously. Bullying may be ignored as "boys being boys" or just a little bit of rough play. If you are being bullied and you worry that others may not believe you, keep track of what has happened and any evidence that you can find. Only when others are confronted with a bully's harmful deeds will they understand the full extent of the situation. Good luck!

Moving From Primary School to Secondary School
Share Your Story, Join the Discussion or Seek Advice..
i am getting bullied by someone she is in my class and she is called MILLIE CRAVEN she is horribull to me it is not cyber bullying she bully's me in person. We HAVE TO STOP BULLYING NOW!
comidian - 4-Feb-13 @ 3:44 PM
Title:
(never shown)
Firstname:
(never shown)
Surname:
(never shown)
Email:
(never shown)
Nickname:
(shown)
Comment:
Validate: