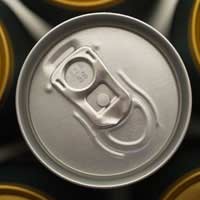 Dabbling in alcohol and drugs may seem harmless enough during your teenage years, but the truth is that both are seriously bad for your health. As a teen, your body is still growing and developing and introducing harmful materials can have long lasting consequences. No one is saying that one drink will necessarily kill you, but one drink, or puff, or hit, can lead to many more and that is when problems take hold.

Alcohol is legally available for any British citizen to purchase or consume when they are over the age of 18. In reality this translates to enough British teens sampling alcohol before their 18th birthday that Britain is now home to some of the heaviest teenage drinkers in Europe. Many teens don't even realise that though alcohol is a depressant that works to slow down the body's central nervous system, the same system that regulates functions like your breathing, pulse and even body temperature. When too much alcohol is consumed, these processes can be interrupted as can your ability to speak and coordinate movements.

Too much alcohol in too short a period of time can also result in alcohol poisoning that slows your bodies processes to such an extent that death may result.

Don't Be Tempted By Alcohol

Often teens are tempted to try, and abuse, alcohol because of peer pressure. Friends may tell you that it's cool, it's relaxing, and it'll make your Saturday night SO much more fun. Until you picture yourself all alone, lurching down the road and throwing up in a gutter - nothing cool, relaxing or fun about that! The next time you find yourself at an event where there is alcohol and other teens are urging you to drink, remember that there are several ways to avoid partaking.

"Drugs" is a small word that covers a wide repertoire, including alcohol, and can be very tempting to teens. These substances interfere with the way your body works by altering your internal chemical processes. This means that among other results, drugs can alter your state of mind, create hallucinations, affect your vision, coordination and speech, knock you unconscious, leave you unable to move, or even kill you.

Drugs that you may have heard of before include:

When someone's consumption of alcohol or drugs becomes consistent and excessive, they are said to have a substance abuse problem, .i.e drug addiction or alcohol addiction. Substance abusers may engage in stereotypical behaviours that can greatly affect their futures, such as:

Kicking Addiction To Drugs And Alcohol

If you or someone you know is suffering from an addiction to alcohol or drugs, get them the help they deserve.

It may seem like alcohol and drugs are everywhere in our society, but that doesn't mean that you as a teen need to use them. With such a bright future ahead of you the only thing alcohol and drugs could do is bring you down. Take yourself seriously and value your talents, and don't let alcohol or drugs help you waste them.

Having a Healthy Teen Pregnancy
Share Your Story, Join the Discussion or Seek Advice..
It helped a lot and the next time I get presured to have alcohol I will pour myself a glass of Sprite and tell my friends that it is vodka and lemonade and then I will tell them my nana was a alcoholic and that my mother will go mad.Thanks I will remain to keep my virginity for alcohol !
Mary - 27-Apr-11 @ 3:28 PM
Title:
(never shown)
Firstname:
(never shown)
Surname:
(never shown)
Email:
(never shown)
Nickname:
(shown)
Comment:
Validate: