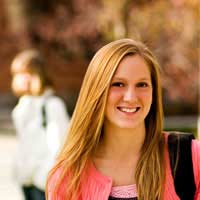 Epilepsy is a disorder of the nervous system. It is usually diagnosed after someone suffers from two seizures, or episodes in which there is sudden electrical activity in the brain. Often this activity results in uncontrollable body movements or convulsions, but some seizures may be so small that they aren't even recognised by the person experiencing them. When these seizures are logged and recognised to be recurrent, epilepsy is usually diagnosed.

Seizures are the outward sign of epilepsy. Most people know them as convulsions, but seizures are actually a change of sensation or awareness, as well as behaviour, brought about by a disturbance in the electrical signals the cells of the brain send to each other. In addition to convulsions, seizures can also be short periods of unconsciousness or "blacking out," or simply staring spells. Sometimes people with epilepsy experience only one type of seizure, but it is possible that they can experience multiple types as well.

Some seizures are isolated incidences, which means that they are directly related to situations such as low blood sugar, kidney failure or drugs. These seizures are not recurrent and thus are not considered epilepsy. Sometimes epilepsy can be traced to a stroke or injury to the brain, and infectious disease or a degenerative disease such as Alzheimers. All of these causes can disturb the electrical activity of the brain and result in seizures. There are also cases in which the cause of epilepsy is unknown.

How Is Epilepsy Treated?

Treatment for epilepsy is usually via anti-seizure medication. Over 70% of Britons with epilepsy successfully treat it with these drugs, which means that these people with epilepsy do not experience further seizures. An alternate route that is becoming more popular is to also use complementary or alternative therapies to manage seizures. Though no studies can prove the usefulness of these treatments, or their success rates, some people find that seizures are managed following:Although complementary therapies are not an alternative to anti-epileptic drugs - it is important that they are used alongside conventional drug treatment. Complementary therapies may help some people, for example by reducing stress or by giving people a sense of control, but are unlikely to manage seizures on their own.

Dealing with Epilepsy in Daily Life

If you or someone you know is diagnosed with epilepsy, there is no reason that daily life should change due to this disorder. If you or your friend experience a seizure, it is important to:Almost 500,000 Britons have epilepsy. There is nothing shameful about epilepsy or having seizures, and the more friends and family of people with epilepsy understand this the more easily and efficiently seizures can be dealt with. If you are someone you know is diagnosed with epilepsy, remember that there is no reason this should interfere with the present or the future - so don't let it!