Your Questions About Happy Slapping 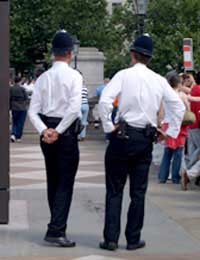 Imagine that you are waiting for your bus and you're punched by a total stranger. Imagine trying to withdraw your allowance from an ATM machine and being slapped while your money is stolen. Imagine being surrounded at school and beaten until you hit the ground. Welcome to the anything-but-happy world of happy slapping.

What Is Happy Slapping?

"Happy slapping" is the name given to an unprovoked attack on an unsuspecting victim. Often the attackers will make the assault "light" - such as a single hit, slap or kick - and attempt to make it all seem like a joke, hence the "happy" moniker. Usually these attacks are filmed or otherwise recorded (often using mobile phone technology), and frequently are later posted on the Internet.

Who Engages in Happy Slapping?

Happy slapping has spread like wildfire across the UK. It is widely accepted that this craze began with the garage music scene before being picked up by "chav" culture and finally making its way to local communities and even schools. Today, almost anyone of any age could perpetrate "happy slapping" in any location, though assaults are most often carried out by teenagers.

Why Do People Happy Slap?

There is no good reason to happy slap, but several "happy slappers" have explained that they thought it would be funny or they were bored at the time. Bullying organisations speculate that happy slappers expect to gain notoriety through what they view as silly antics, as their actions would be passed from mobile phone to mobile phone or even put up on the Internet. None of these reasons justify a happy slapping attack, and authorities do not believe they excuse these assaults either.

How Serious is Happy Slapping?

Happy slapping is a despicable phenomenon that is clearly not just a joke. Vicious assaults have occurred across the UK which resulted in setting human beings on fire, sexual assault, rape and even death. Happy slapping can be prosecuted in court, and the police, government officials and school administrators all consider happy slapping to be assault and punish it accordingly.

What are the Consequences of Happy Slapping?

Happy slapping has already resulted in a variety of consequences. Several victims of happy slapping have either lost their lives or had their lives irrevocably altered by the assaults, while those that "happy slap" others can be brought up on charges of assault and later harassment if they upload their videos to the Internet.

The general public also suffers from this phenomenon as police are sometimes repositioned to areas in which happy slapping occurs, schools ban mobile phones in order to cut down on the craze and business and local authorities put up or redirect CCTV cameras which can even result in passing along extra costs to consumers.

Happy slapping, unfortunately, seems to have caught on among young people across the UK. If you are the victim or witness of a happy slapping assault, remember that the most important thing you can do is report the attackers to the police.

With a little luck, more reports and further punishments, hopefully happy slapping will die out soon.