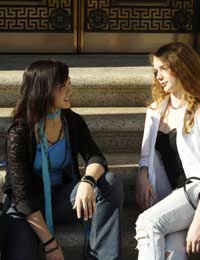 Truancy is a problem sweeping not just the UK, but the entire world. Every day millions of students play truant and miss their classes, even after they have been educated against disrupting their education. What is truancy? Why do students play truant? How does truancy affect schools and education? Read on for some interesting answers to frequently asked questions about truancy.

Truancy is an unexcused absence from a particular class or the entire school day. These absences do not have formal approval, are against the law and have long lasting consequences.

Why do Students Play Truant?

Students play truant for a variety of reasons. Common causes of truancy in the UK include:

What are the Consequences of Truancy?

Truancy brings consequences for the students, his or her peers, and his or her family. Consequences of truancy in the UK include:

How Can I Prevent Truancy?

Truancy is a problem that teachers, parents and the government are working hard to fight. You can play a part in preventing truancy by:Truancy is a problem that results in thousands of British students missing school every day meaning that millions of school days are lost each year. These absences disrupt not just the truant's education, but the education of every pupil in every class affected by truancy. Don't let truancy take hold in your school. Tackle truancy head on and guarantee yourself a smooth, uninterrupted education.