ADHD - Attention Deficit Hyperactivity Disorder - How To Diagnose And Treat It 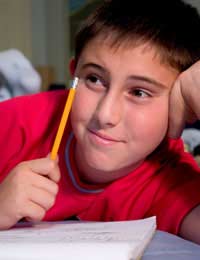 Everyone can get distracted now and again - particularly when a crush walks by, a big game is on or it sounds like a party is starting up next door - but for some people distractions make life miserable. Energetic and restless, these people find themselves unable to concentrate on work or school, and often unable to even hold a conversation and socialise with others. Though they recognise that their inability to focus is getting in the way of their lives, they just can't apply themselves to one thing at a time. If this sounds like you or someone you know, consider investigating Attention Deficit Hyperactivity Disorder (ADHD).

ADHD is a term given to a variety of behaviours that are associated with a limited attention span. Fidgeting, restlessness, hyperactivity, distraction, impulsiveness and general inattentiveness or inability to focus are all behaviours linked to ADHD. Many teens suffering from ADHD will:

How is ADHD Diagnosed?

ADHD can only be diagnosed after a medical professional such as a GP or psychiatrist investigates a teen's behaviours. There is no actual test for ADHD, so instead a diagnosis will be based on:

How is ADHD Treated?

ADHD treatment often incorporates both medication to treat symptoms and behaviour modification or management to relieve the underlying condition. The most commonly prescribed ADHD treatment is a medication for ADHD, Ritalin, which acts to reduce hyperactivity and increase focus. This is usually prescribed in conjunction with behavioural management techniques such as:ADHD can be a frustrating condition if not correctly diagnosed, and ADHD treatment takes time. If you suspect that you or another teen you know may be suffering from ADHD, take the first steps towards a diagnosis and ADHD treatment immediately. Good luck!

Getting Over an Abortion