Home > Teenage Troubles > How to Cope With Your Sexual Identity

How to Cope With Your Sexual Identity 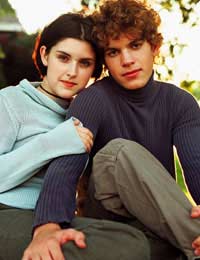 Discovering and celebrating one’s sexual identity is something that everyone must deal with as they are growing up. In the past only one sexuality – heterosexuality – was viewed as appropriate but today there are multiple sexual orientations that are recognised by mainstream society and considered normal by cultural standards as well as international mental health organisations. Heterosexuality, homosexuality, bisexuality and questioning are all sexual orientations that appear on the sexuality spectrum, and recognising and coping with whichever sexual identity you identify with is an important part of maturing into an adult.

Individuals who are questioning their sexuality are exploring their sexual attraction to others and trying to make sense of their feelings and patterns. These individuals are reluctant to classify themselves as having any particular sexual identity, and instead embrace the fluidity of their attractions whenever and with whoever they occur.

Coping with Any Sexuality

Recognising and coping with any sexuality can be embarrassing, frustrating and ultimately bring a lot of stress into a person’s life. Many people simply assume that they are heterosexual because it is the predominant sexual orientation today, and it is only later that they realize that in fact they are homosexual, bisexual or questioning. Coping with sexuality can be tough, but it can be easier if:

Coping with one’s identity is something that all teenagers must come to terms with as they mature. This process is never easy, but it can be less stressful if teens recognise their natural inclinations and seek support when needed. Talking about sexuality can be uncomfortable, but when it is necessary it must never be ignored.