Home > Ask Our Experts > How to Deal With Son's Sexual Development?

How to Deal With Son's Sexual Development? 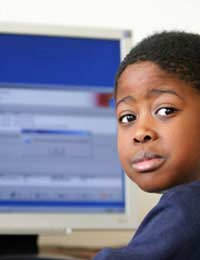 My 13 year old son has started to become promiscuous and has been entering adult themed sites on the internet. He denies this, which I would expect as he would obviously be embarrassed. As a concerned father, I think that there is a lot of damaging material on the internet which would not give him a balanced view of sexuality and is definitely too graphic.

What should be recommended instead to satisfy his curiosity at still such a young age? Is it acceptable to purchase other material for him on his behalf? Do I leave him to his own devices?

How to deal with teens who are viewing pornography is a topic that parenting advocates have debated for decades. There are passionate arguments on both sides, with some saying that teens should be given free reign to explore pornography without restrictions and others arguing that it is against the law and ultimately damaging to teens. However, one thing that most parenting advocates and parents themselves can agree on is that it is natural for teens to be interested in sex.

Your son's viewing of pornography is proof that he is interested in exploring more about sex. However, this does not mean that he deserves to view these types of materials in your home, on your computer and certainly not as purchased by you if you believe this is inappropriate. Instead of sending your son off to explore these topics on his own, consider sitting down with him and chatting about what you found. Ask him questions about why these items interest him and explain why you have reservations about him viewing them. This will not be an easy conversation to start. In fact, you can probably bet that your son will be defensive or embarrassed or even angry that you want to speak to him about this subject. Don't let his negative reaction stop you. You still have the right to speak your mind.

Discuss why you believe these materials are damaging, and the ways in which you believe these portrayals of sexuality are incorrect. This would probably also be a good time to give your son more information about safer sex and current UK laws regarding teens and sex. Remind him that the age of consent in the UK is currently 16 years old which means that until then he can not legally have sex with anyone. Also remind him that legally he should not be viewing pornography on the Internet and that certain types of pornography, such as child pornography, are illegal for everyone.

If you feel that you can not have this conversation with your son then consider enlisting the aid of professionals. Brook Advisory Centres and local sexual health clinics can offer information and advice on how to speak to your teen, or to teens themselves. You might also look into purchasing sexual education books that your son could read at his leisure. But whatever you do, don't ignore this topic. Your son is still a minor and needs guidance on this topic, and your instincts to help him were absolutely correct.

How Can I Get Help to Stay Off Drugs?

Struggling With Pressure of GCSEs: What to Do?

How Can I Deal With My Over Protective Mum?

Can I Stop My Friend Having Under Age, Unprotected Sex?